Like most Londoners, I suspect, I don’t actually get to the theatre that often but this week was unusual. I saw three performances, ranging from Treasure Island at the National Theatre, Jabberwocky at the Little Angel Puppet Theatre in Islington and, last night, The Day After (They Went Off On One).

The first was for a family celebration, so we had with us family members ranging from nearly 80 down to 12, with a professional musician along for company. I was a bit nervous about the show. The reviews have been a little mixed although most have been positive, and I thought it might fall between two stools for the family – my parents might find it unfaithful to the book and dismiss it, and my teen and pre-teen find it childish. The muso might hate the music. Everyone, luckily, found it entrancing, particularly the extraordinary set design, cross-gender acting, the sea shanties by John Tams and other music by Dan Jones, and the adaptation of the book that lifted it through history and kept it alive for young people today. Without giving too much away, when the staging revealed glittering tunnels at one point, my teenage daughter gave us a thumbs-up. High praise indeed.

Next evening I went along to catch Jabberwocky, on one of its last nights before it finishes up at Little Angel. I should say that I’m linked to Little Angel – they have developed one of my picture books, Fussy Freya and the Fabulous Feast, through the Hatch programme and my book, Rosie gets the Plot has been on a limited schools tour with them, two years running. I’m a big fan of puppetry (not just in the UK, having visited puppeteers working in Iran). I wanted to see how Little Angel had revived its successful 2004 production of Jabberwocky, directed by Steven Tiplady, who returns for this production.

If you can catch this frightening, surreal, fantastical show, in its last couple of performances before it ends, do. The director uses all the staging possible at the Little Angel – the famous marionette bridge, giving the impression of flying puppetry, rod puppetry, table-top work and even some big screen projection at the end, reminding me of the Little Angel production of The Tempest in tone. The music, by Hannah Marshall and Ben Glasstone is good, but the big bow goes to the four puppetteers: Mandy Travis, Stan Middleton, Sarah Wright and Nele De Craecker, at the height of their craft. My only caveat would be that in a show with so few words, ten minutes could, perhaps, have been shaved off in the middle. But it’s a magical experience, and the audience clearly loved it.

And thence to yesterday: a bleak, but authentic snapshot of the lives of two young Londoners, The Day After (They Went Off On One), written by award-winning young playwright Miran Hadzic. ‘He’ is unemployed, and hoping for that one phone call from a company that will take him one, rather than the hundred rejection letters he receives. ‘She’ is working in an office job and losing all hope. They meet, come together for one night, but then what? I went to this with an old university friend and her mother. Afterwards, we were talking about the sense of anomie, or social breakdown in the play, and how bleak it was, but agreed it was true enough, now. If there are two groups of people who have lost out in the last ten years, economically, it is young people and disabled people. Young people, the people I and my friend once were, don’t have the life chance we had when we left college. The city that welcomed us with at least half-open arms, where we found work, made bonds, must seem a harsh place to live – so harsh that some young Londoners feel pushed towards some very stark choices. If you can see Hadzic’s two-hander, ably acted by Ruby Thompson and Todd James, directed by Juliet Knight, produced by Caroline David, do go. The Vault, where it’s put on, is worth a visit in itself.

All three of these plays I watched this week, I reflected, looking back, have central characters, essentially mired in poverty and loneliness, attempting to find a way through and out through force of will. Jim Hawkins, in Treasure Island, has a crew, granted, but is isolated because of his age and the loss of his father (not present in this version). The youth in Jabberwocky sets out, alone, on his perilous quest to slay the beast and return with its head – although of course it is all wrapped around in nonsense, and is a story within a story. In The Day After (They Went Off On One) London and the economic conditions it imposes on its young citizens has pushed the two young characters to the edge of despair. Can they find something within themselves that resists?

My week of theatre has been a fascinating one – and not expensive either (important!). We booked the National tickets early, and many of them were therefore relatively cheap – around £20 for good seats. The Little Angel runs a scheme for tickets on Wednesdays called £5 at 5pm. And the ticket for the Vault festival was under £10 – so although London theatre can be very expensive, it wasn’t this time around. Fringe, mainstream and independent – all in one week. London theatre appears to be diverse, interesting and in good health. Looking forward to being a very small part of it, if my play goes on school tour this year.

1 thought on “Treasure Island, Jabberwocky and The Day After (They Went Off on One): three shows in a week” 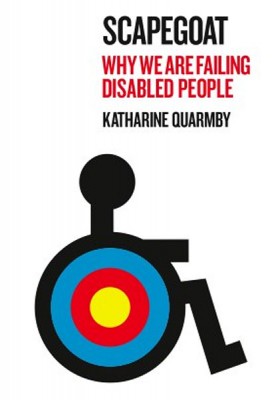 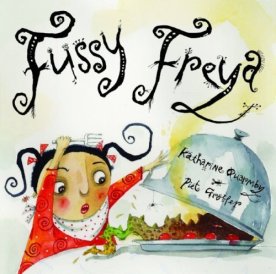